“Two of my vendors were experts in their fields, but we couldn’t get their technologies to work together. Until I called IMPhotonix.” 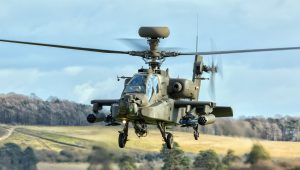 “We were at a standstill – we’d won a lucrative, potentially long-term contract with a big client and I’d enlisted two subcontractors who were tops in their fields. Problem was, none of us were able to get the two seemingly incompatible systems to work together within the scope of the client’s needs.

“I brought in IMPhotonix to see if they could figure out how to accommodate both systems, and not only did IMPhotonix deliver what we needed, but they also introduced my vendors to optical coating methods that would prove useful in subsequent projects. Today, both vendors have expanded their presence into previously unexplored markets.”

In this day and age, “getting it right” in the field of operation means being able to tell friend from foe, non-combatants from enemy commandos. Our expertise in optical coatings has been called upon in the design of night vision goggles, laser-targeting devices and a slew of other (classified) applications.